Annie Glass was born in Melbourne Australia and lives in Red Hill on the Mornington Peninsula.

After completing her degree Annie focused on bronze sculpture. However, when she had her first child Annie wanted to move to a quieter medium that she could practice from home, and moved on to wire. Annie often portrays movement in her work, combined with a lack of balance to create the illusion of defying gravity. The female form, children, dogs, water, the beach and hills hoists are recurring themes of Annie’s work, and she is inspired by Picasso.

She has work in several private collections in Australia, London and New York.

Born in Melbourne, Annie showed a strong interest and talent in art since she was very young. After completing her bachelor of fine art majoring in sculpture at Monash university in 1998 Annie worked in bronze before moving to wire. The movement and immediacy of the material appealed to her. Annie has been working in wire for almost 15 years. She recently moved to Red Hill on the Mornington Peninsula with her husband and 3 children. Her work is best described as whimsical snapshots of life. Dogs and the human form feature in her work along with movement. She has been involved in many group and solo shows as well as having her own stand in the Emerging artist section of Art Melbourne and Sydney. She has won awards and has work in many private collections in Australia, New York and London.
Awards
2002 first place “With One Voice” art exhibition. Caulfield Park.
2006 first place “Association of Sculpture annual awards and exhibition” Barn gallery, Montsalvat, Eltham.
2006 first place “She Belongs” exhibition Walker st, Dandenong.
2007 highly commended ” She Who Belongs” Walker Street Gallery. Dandenong.
2008 highly commended ” melbourne Flower & Garden Show Sculpture exhibition”
2008 highly commended ” Association of Sculpture annual awards and exhibition. Maningham Gallery,Doncaster.
2017 People’s choice “Art Red Hill” annual art exhibition Red Hill Consolidated School.
2019 Best Sculpture “Art Red Hill”
Exhibitions
Annie has shown over the years at the Toorak Sculpture Show, Melbourne Flower & Garden Show sculpture exhibition, Art at Burnley Harbour, Association of Sculptors and Manyung Gallery and The Milk Factory Gallery Bowral 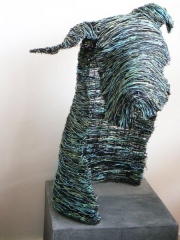 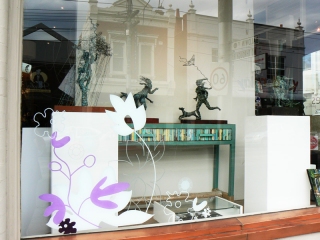